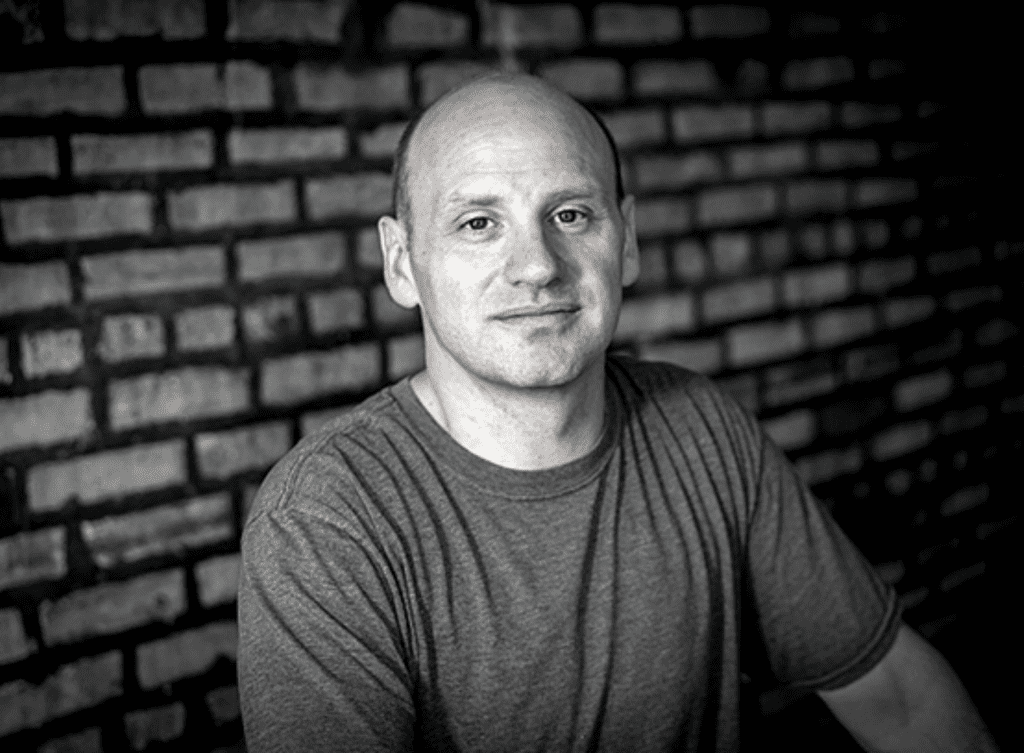 A theatre artist, Tony began as Opera House Arts’ Executive Director in April 2021. He previously served as Executive and Artistic Director of Halcyon Theatre in Chicago from 2006-19, and was Artistic Director of Steep Theatre prior to that. In addition to his work as an arts leader, he has amassed hundreds of credits over the past twenty years as (in alphabetical order) an actor, designer, director, producer and writer. 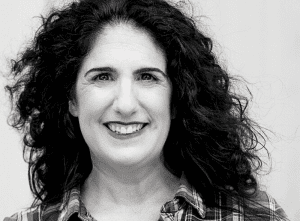 Jenn is a theater producer, educator, and community engagement facilitator, as well as a talented singer, dancer, musician, and actor. She earned her BFA in Acting from Salem State College. Although Maine is her birthplace, her career as a director and producer has taken her around the country over the last 20 years. She is an arts leader especially when it comes to community engagement and education, having been acting all her life. 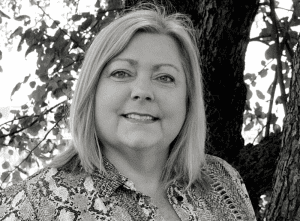 Pam is a Deer Isle native who believes good theatre can bring people of all walks of life together. She attended USM for computer science and worked 10 years as a corporate trainer for a large insurance company. She has been active in several community organizations such as chair for The Reach Performing Arts Center (the theater at Deer Isle Stonington Elementary School) and the actors’ representative for Cabin Fever Theatre. 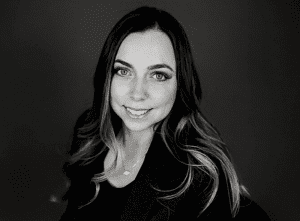 Riley was born and raised in Deer Isle. In 2015 she started her long working relationship with Opera House Arts, first as a student in the role of Front of House Associate, then Box Office Assistant, followed by Audience Services Manager. Because of her many years with the organization, she enjoys knowing the majority of audience members and donors on a first name basis. 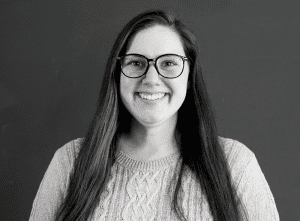 A Deer Isle – Stonington High School graduate who attended the University of Maine Orono, Tegan is a talented customer service professional having previously worked at local hospitality businesses including Fin & Fern and 44 North. For five years, she worked at Penobscot Bay Press, starting as Office Manager and later promoted to Director of Sales. 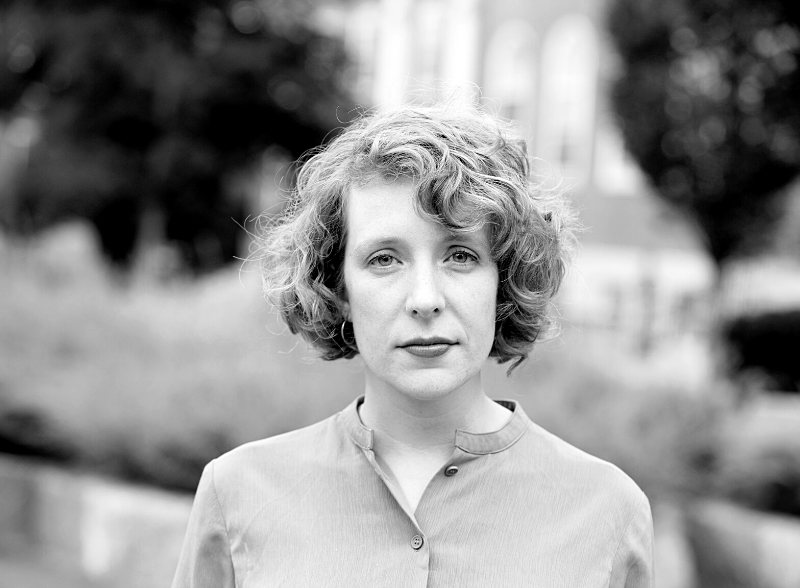 Cait Robinson is a theater director originally from Brooklin, Maine. She has directed plays and workshops at Cincinnati Playhouse, ART, Portland Stage, The Lark, the Drama League, and New Repertory Theater, among others. Past affiliations include Director of Summer Intensive at Cape Cod Theatre Project, Drama League New York Directing Fellow, and Senior Directing Fellow at Cincinnati Playhouse. Cait is an associate member of the Stage Directors and Choreographers Society (SDC). 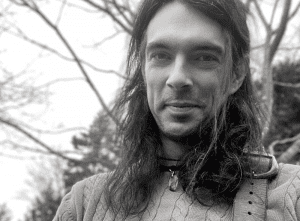 Tyler learned his technological theater skills at a technical Media School in Ontario Canada. He then worked with a small theater company in New York City designing sets. He enjoys being a part of the Opera House Arts mission – for the arts, the people, and the community.

David grew up in Ohio and has summered in Stonington and Deer Isle his entire life. He watched movies at the Opera House in his youth, walking over from the family camp near Sand Beach. He has since lived in New York City, San Francisco, Los Angeles, Fort Worth, and Dallas. After his critically noted performance as Bill Lewis, desk clerk, in Fort Worth’s Stage West 1984 presentation of The Hot l Baltimore, David pursued an extended career in municipal finance. He works for a global financial institution in New York City. 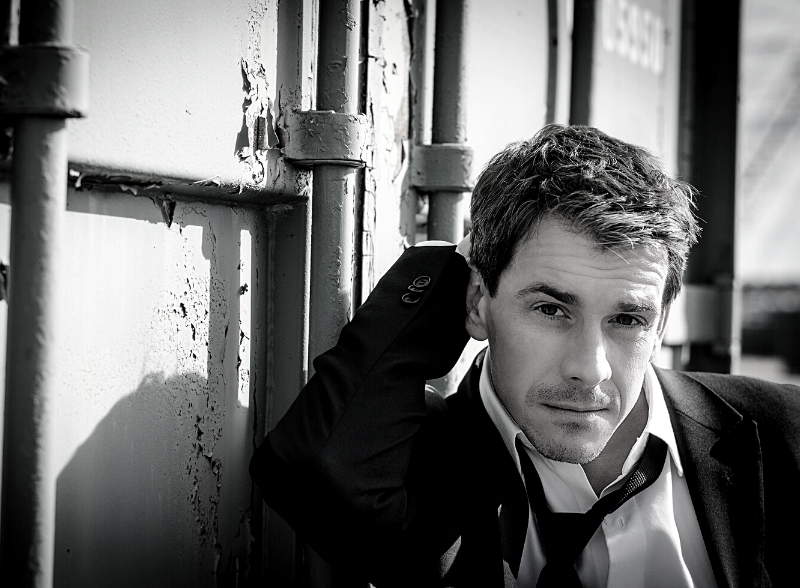 Acclaimed for his “fresh-toned and touching portrayal” by Opera News and lauded by the New Orleans Times-Picayune for his “rich lyrical tenor, fabulous top notes, and striking good looks,” John garners attention for his countless world-class performances at the most revered houses throughout the United States and worldwide, including productions of Turandot and The Merry Widow with The Metropolitan Opera. Both a professional opera singer and jewelry artist, John founded J. McVeigh Jewelry in 2017. Situated on Main Street in Stonington, the gallery showcases 30 of today’s leading jewelry and metals artists from around the world. A Stonington summer resident and frequent Opera House performer, he returns to the island when he is not performing elsewhere. 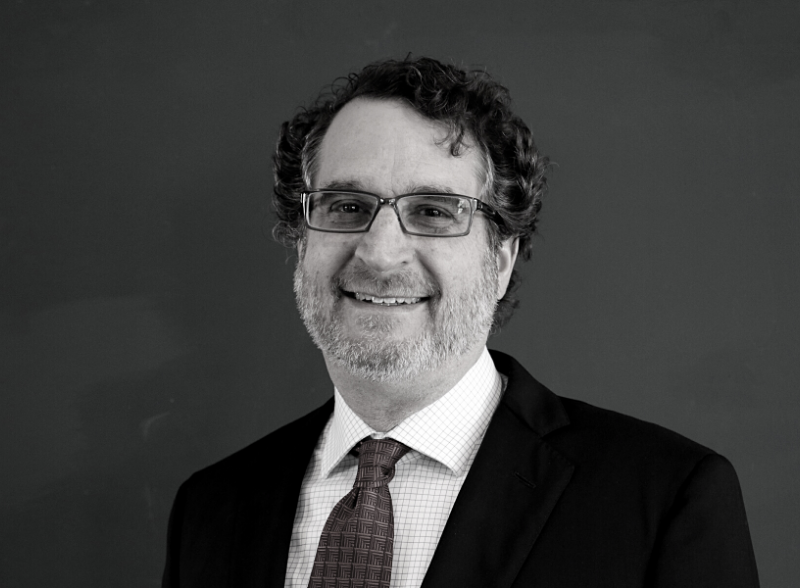 Michael, a Stonington resident, is a graduate of Colby College and earned his PhD in Biological Sciences from the University of Maine, completing his thesis research at the Jackson Lab in Bar Harbor. He works for a biomedical research agency, administering the review of grant applications in molecular biology. Michael also has an MBA. Before joining the Board, he was a member of the Opera House Arts gala committee for several years and has provided housing to visiting artists. His son, Niccolo was an Opera House Arts intern. 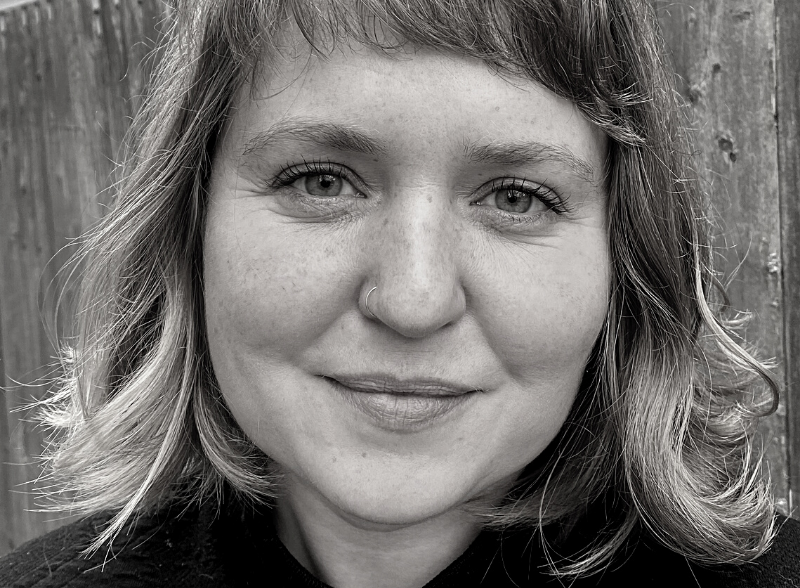 An audio producer, sound artist, and writer based in Portland, Maine, Galen grew up in Stonington and spent her teenage years on and off the stage at the Stonington Opera House. After graduating from Skidmore College and the Salt Institute for Documentary Studies, she began working as a freelance journalist. Galen has produced stories for BBC World Service, NPR’s Morning Edition, The New York Times, and various nationally-syndicated podcasts. In 2017, she founded the community storytelling project The First Coast and began documenting the lives of coastal Maine residents and teaching radio storytelling at the College of the Atlantic. 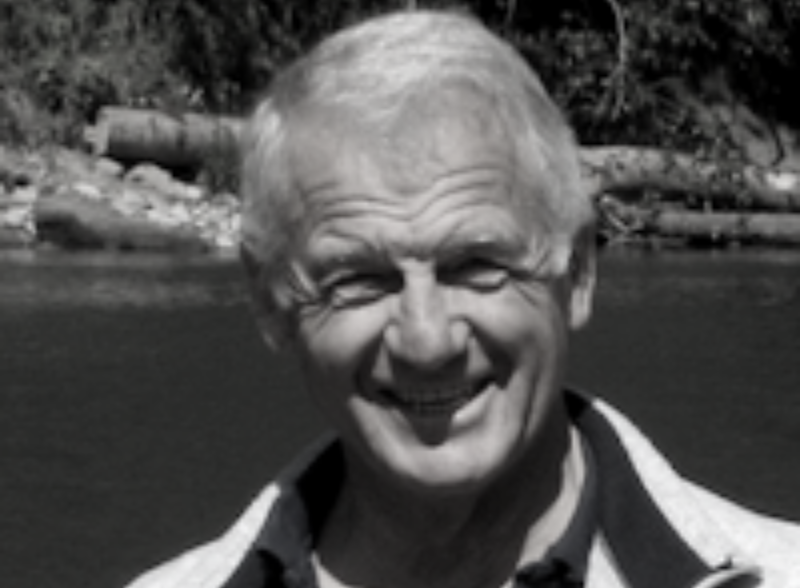 Born in Washington D.C. Bill first came to Deer Isle at age 15. After a stint in the U.S. Navy, he went to Harvard Law School and practiced law in Boston, New York, New Jersey and Seattle. For a time, Bill was CEO of Olympic Foods and Stewardship Chair of the Deer Isle Sunset Congregational Church. Bill’s interest in theater bloomed in high school, when he played the title role in Coriolanus. He was last seen on the Opera House stage as Michael in God of Carnage.

For over 35 years, Kate has helped a broad range of nonprofit organizations in the Washington, D.C. and Maryland area achieve their fundraising goals. In 1989 She founded and served as lead Consultant with Caldwell & Associates, focused on capital campaigns and planned giving for nonprofits. Her fundraising articles have been published in Planned Giving Today and Fundraising Management. Kate holds in B.A. from Sarah Lawrence College and is certified as a Chartered Advisor in Philanthropy (CAP®) through the American College. She holds a M.M. from Catholic University in vocal performance. Kate began coming to Deer Isle in the 1960s to visit her grandparents. She now spends summers on the island and winters in Maryland.

Trained as an educator, Grace has undergraduate and advanced degrees from Simmons College and Boston University, as well as a Certificate in Management from Radcliffe Seminars. It was in the mid 1990s when Grace started working as a professional fundraiser at organizations ranging from a children’s theater company to The Concord Museum, where she served as Director of Development. At the United Way of Massachusetts Bay she specialized in major gifts development and acquisition, and on occassion consults with organizations planning capital campaigns. Grace and her husband, Bill, live in Brooksville, Maine and Boston. 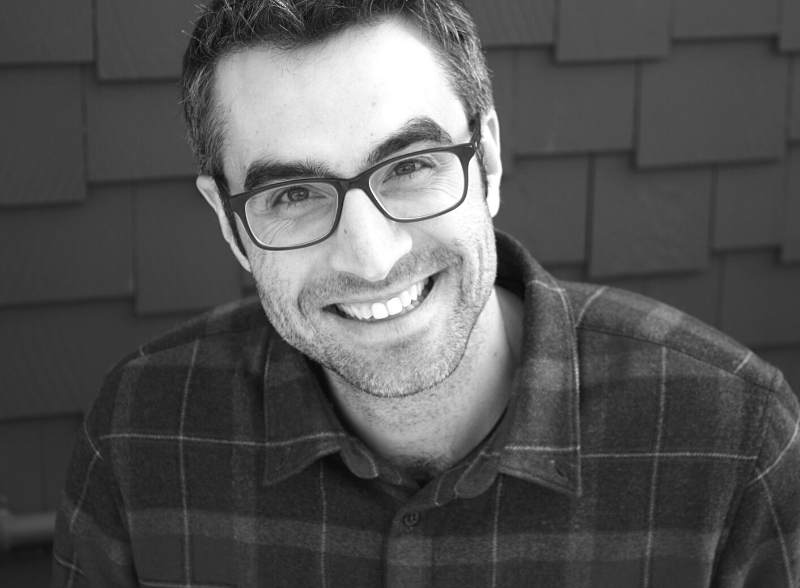 All his life, Peter has been summering on the island, at the Richards family home, Ames Farm on Indian Point Road. He is a graduate of the MFA program in Acting from American Repertory Theater ‘s Institute for Advanced Theatre Training at Harvard University with a BA from Harvard. Peter splits his time between Brooklyn and Los Angeles as a director and actor. He is a founding member of Opera House Arts’s Artistic Advisory Board, selecting and directing several Opera House Arts productions over the years. Peter has also performed in many Opera House Arts Shakespeare productions, including As You Like It, Antony and Cleopatra, 10 Real Star Acts, and Measure for Measure.

Raised on Little Deer Isle, Ariane was trained at Columbia University, PhD Sussex (UK), MA Architectural Association (UK) and BA Yale University. In a career change from climate politics and investor pressure on corporations and fund managers, Ariane now scouts for plays abroad or in other languages to bring to American stages. She is a dramaturg-director and translator, as well as an Actors Fund/Primary Stages Fellow. Ariane served as Scenic Designer, TEDx Barnard Women and is a Columbia University Lecturer. She has appeared on the OHA stage in Shakespeare’s Othello and John Cariani’s Love/Sick. 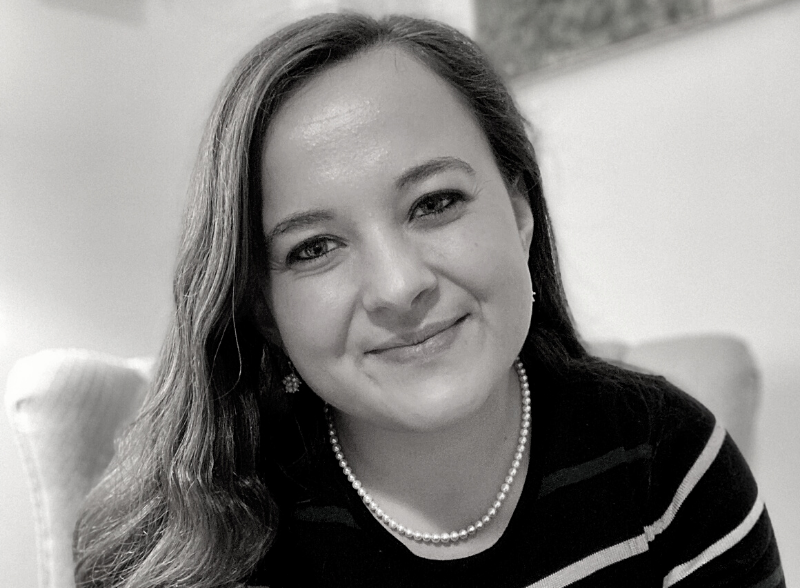 Sarah is a Deer Isle native who began volunteering at Opera House Arts as a child. Throughout her teenage years she worked as a house manager, box office associate, and intern coordinator. She participated in performing arts through school plays, Cabin Fever Theater, and Sue’s School of Dance. Sarah took theater and dance classes at Bowdoin College, where she was a Neuroscience major and education minor. Her passion for early childhood development led her to pursue a career working with infants and their families. Sarah lives in Portland and plays rugby for the Portland Women’s Rugby Team. 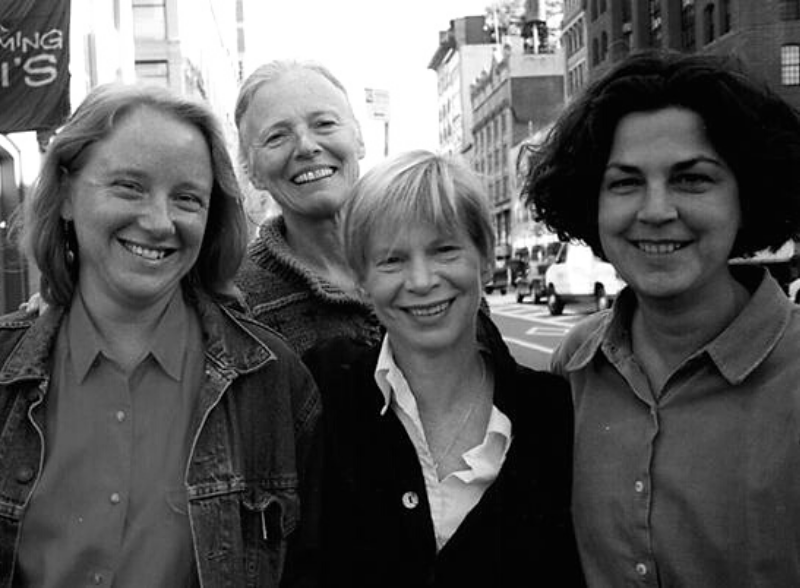 Opera House Arts employs the performing arts to foster and promote excellence in all the ways we perform our lives: Incite Art, Create Community.